Changes this week at the Reif Center include highs and lows.

Starting with the high: The dismantling of our fly tower has officially concluded. For those unfamiliar with the concept, a fly tower (also known as a loft), is the vertical space above the stage which houses a pulley system to “fly” backdrops, set pieces, or lights in or out of sight. The Reif Center’s current fly tower is about 30 feet high – half as tall as it should be. It’s insufficient height has limited, sometimes even precluded, large-scale productions from performing at the Reif Center. We are sometimes able to “make do.” For example, Spamalot put on a stunning production here in 2011. However, they were forced to leave half of their scenery on the truck. Imagine what a wonder it would have been to see it all! 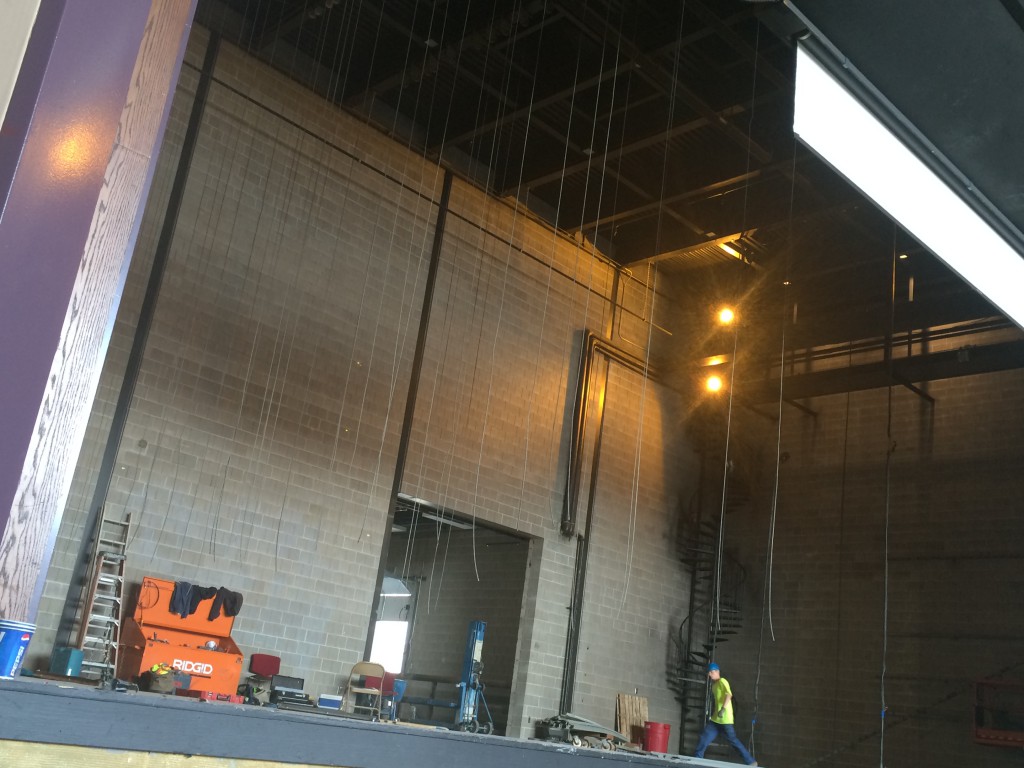 While the Reif is under construction, the rigging, piping and drapery has to find a new home. Minneapolis-based company, Secoa, is managing this process for us. The drapes are going to be professionally cleaned and all materials properly stored. But, come the beginning of the year, these essential theatrical elements will be reinstalled in their new home. The Reif Center’s new fly loft will extend up nearly 50 feet, giving us unprecedented flexibility! We’re looking forward to presenting productions of a grand scale in the future.

Now for the low: Anyone who’s been part of a construction process understands that “SURPRISE” can be a dirty word. We learned that the hard way when news came back about the quality of the soil on which we planned to build our expanded lobby and studio theater. Apparently, the site was used as a bit of a dumping ground during the original construction of the high school. Amongst the sand were trees, old building materials and other debris which made for a poor foundation. Soil remediation, or the process of removing bad earth in exchange for good earth, is now underway as you can see in the attached photo. Hammerlund Construction is removing 10 feet of soil around the existing footprint, a process which added an additional $260,000 to the project budget. “SURPRISE!”

The process of renovating and expanding our beloved Reif Center has certainly been a roller coaster. But all this change gets us excitedly thinking about one thing: the high we’ll feel when we finally return! 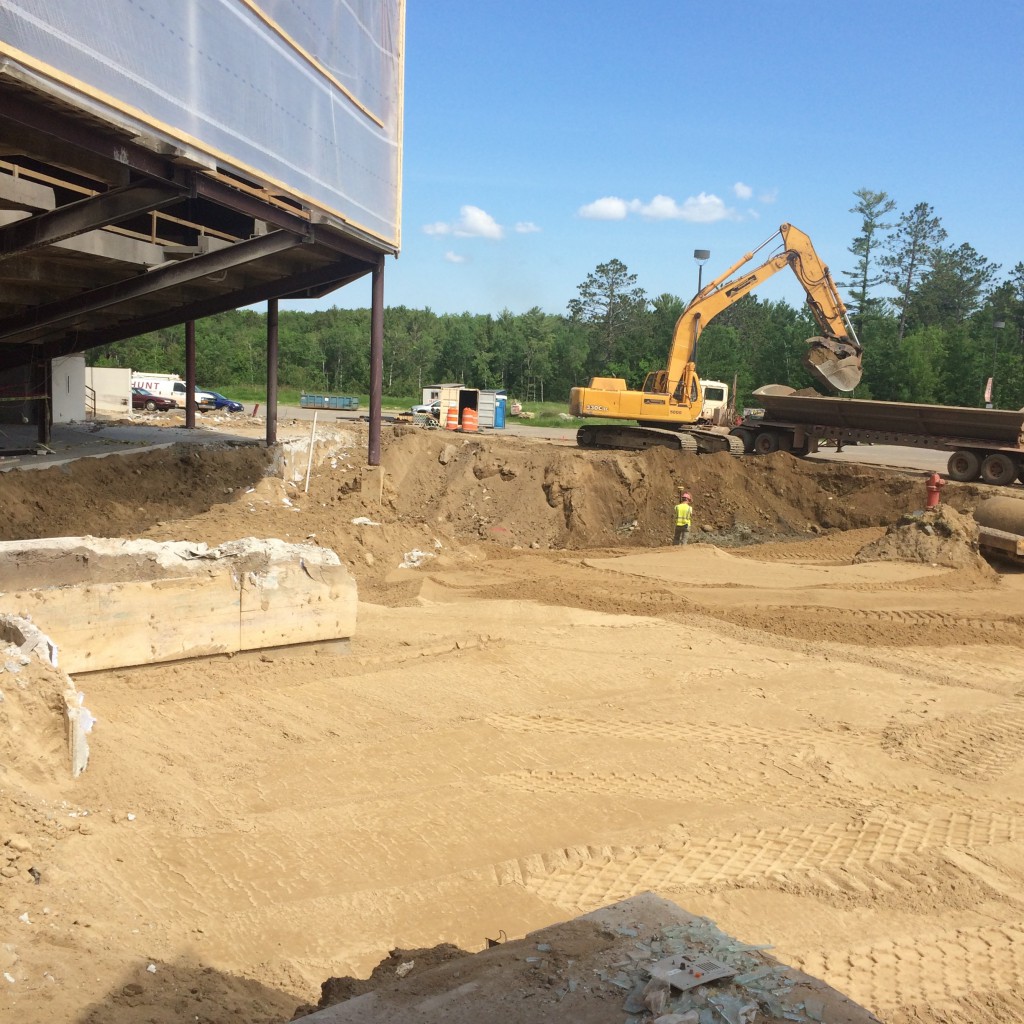