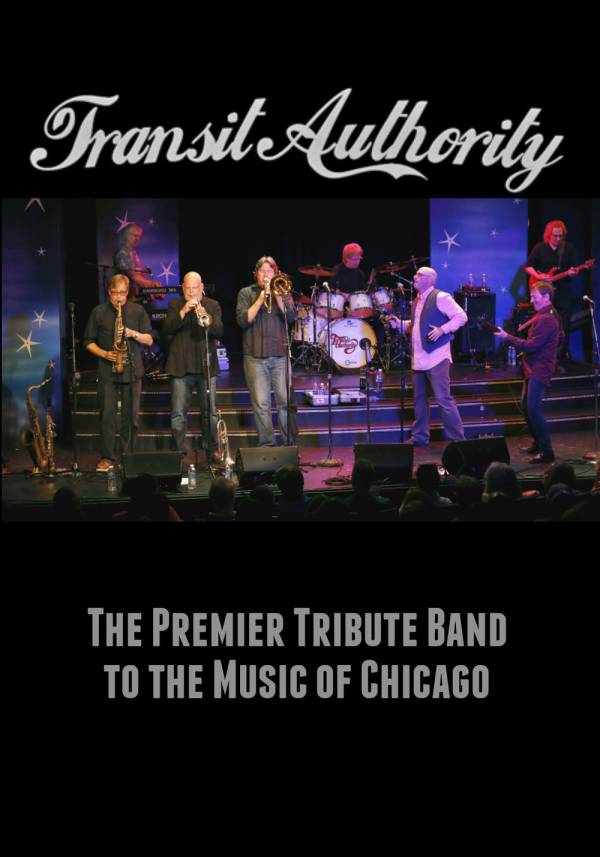 Since performing their very first shows together in the early spring of 2004, Transit Authority has become known throughout the U.S. as the premier tribute band to the iconic group Chicago. Based out of St. Paul, Minnesota, this eight member ensemble creates an accurate musical salute to the greatest horn driven rock band to ever hit the stage. Transit Authority’s mission is to recreate the excitement of the original Chicago’s sound with each and every performance (minus the cracks and pops of the vinyl!). Transit Authority has assembled some amazingly talented musicians who meticulously capture all the nuances of the original recordings and will honestly make you believe you are witnessing the real thing. Performing mega-hits such as, “Does Anybody Really Know What Time It Is?”, “Hard Habit to Break”, “Make Me Smile”, “Old Days”, “Just You ‘n Me”, “Beginnings”, “Wake Up Sunshine”, and many more.